Blue Nectar is thrilled to announce our recognition at this year’s Wine and Spirits Wholesalers of America (WSWA) Tasting Competition. We proudly left the three day convention, a meeting of the minds for distributors, mixologists, brand ambassadors and other trade leaders, with two Double Gold medals and a Best of Show award.

Held annually in partnership with Tasting Panel Magazine, the convention and exposition is the industry’s leading event for connecting distributors and mixologists with superior new brands and products. This year—the exposition’s 71st—the wine and spirits tasting competition was held on April 8, 9 and 10 at Caesars Palace in Las Vegas and adjudicated by Tasting Panel Magazine. Over the course of the convention, 21 different tequila brands were awarded. Blue Nectar was one of only three other brands to win the coveted double gold award, and we received it for both our silver and our reposado tequilas.

Proud to have earned these awards as well as the Best of Show recognition for the second year in a row, Blue Nectar already looks to what we can accomplish at next year’s WSWA Tasting Competition. 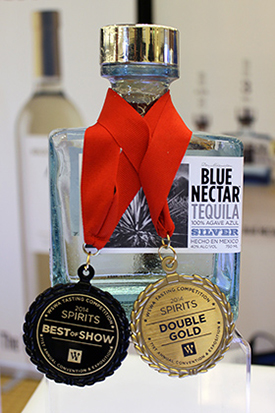 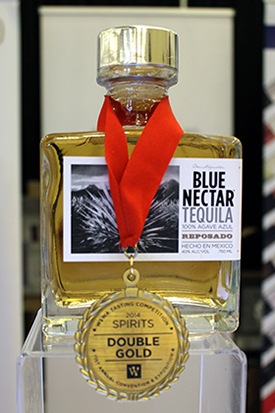